In 2017, a fire at the Hogar Seguro Virgen de la Asuncion orphanage in Guatemala killed at least 41 girls. Three years later, it is still a symbol of government negligence and femicide in Guatemala. Award-winning novelist and journalist Francisco Goldman joins the LMC to recount the events both during and after one of the saddest moments in recent Guatemalan history. Francisco Goldman is the author of, “The Art of Political Murder: Who Killed the Bishop.”

While the US is sending a military gunship to Venezuela during a health pandemic, Cuba is sending doctors abroad instead. So the LMC speaks with Don Fitz about the history of Cuba’s medical diplomacy and how they are dealing with the Coronavirus pandemic today. Don Fitz is a member of the editorial board of Green Social Thought and a newsletter editor for the Green Party of St. Louis, Mo. 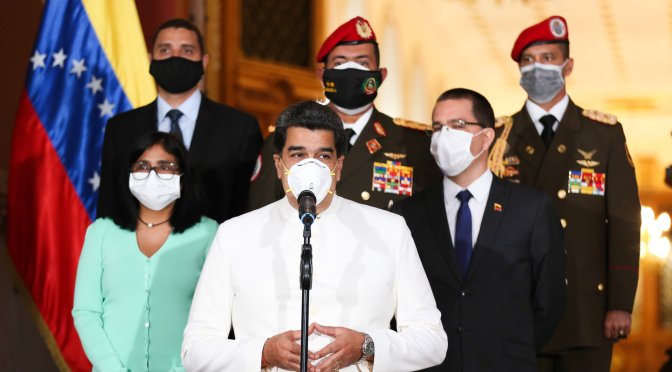 Even amid a worldwide health pandemic, the Trump administration’s pursuit of overthrowing the Venezuelan government continues unabated. So the LMC speaks with Leonardo Flores, a Latin American policy expert and campaigner for CodePink, about how US imperialism continues forward even at the cost of human lives. He also compares Venezuela’s response to the Coronavirus to that of the Trump administration.