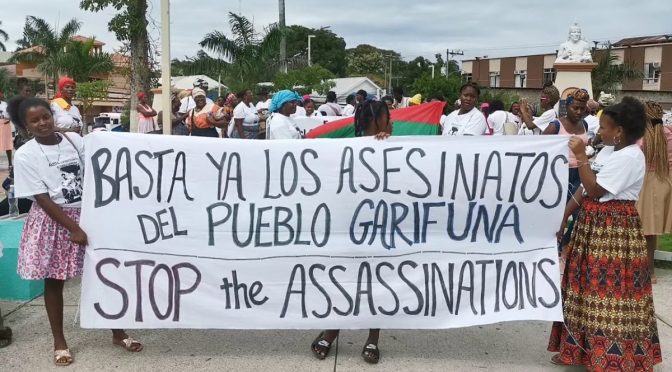 Despite being front and center in the fight for social justice in Honduras; the Garifunas have been grossly overlooked and denied a voice in both English & Spanish-speaking corporate media. So the LMC speaks with Jose Francisco Avila about the Garifuna (Garinagu in plural) point of view of the US-supported coup government in Honduras. Jose Francisco Avila is the Managing Member of Garifuna Afro-Latino Entertainment, a.k.a. Galent.

During the course of the Venezuelan political crisis, something has been missing from the conversation: Racism. So the LMC speaks with James Early about the right-wing racism that is fueling Venezuela’s anti-government movement and the racial/political divide in Venezuela. James Early the is former Secretary for Education and Public Services at the Smithsonian Institution and the Director of the Cultural Heritage Policy at the Smithsonian Folk Life Center. He is also a Board member for the Institute for Policy Studies.

On this episode, the LMC spends the hour with Joao Costa Vargas about how Brazil’s institutionalized anti-black hatred is more crucial in understanding the rise of right-wing politician Jair Bolsonaro to the presidency than his blatant fascist views. Joao Costa Vargas is the author of “The Denial of Antiblackness: Multiracial Redemption & Black Suffering.”